Plastic is everywhere. From soda bottles to cars, packaging to electronics, fishing gear to clothing and everything in between, it’s not surprising that such a widely used substance has environmental consequences. Though plastic has many advantages in the right situation, it’s simply been used too much. Here are 5 ways that plastic harms the environment, and 5 reasons to reduce plastic waste as much as possible. 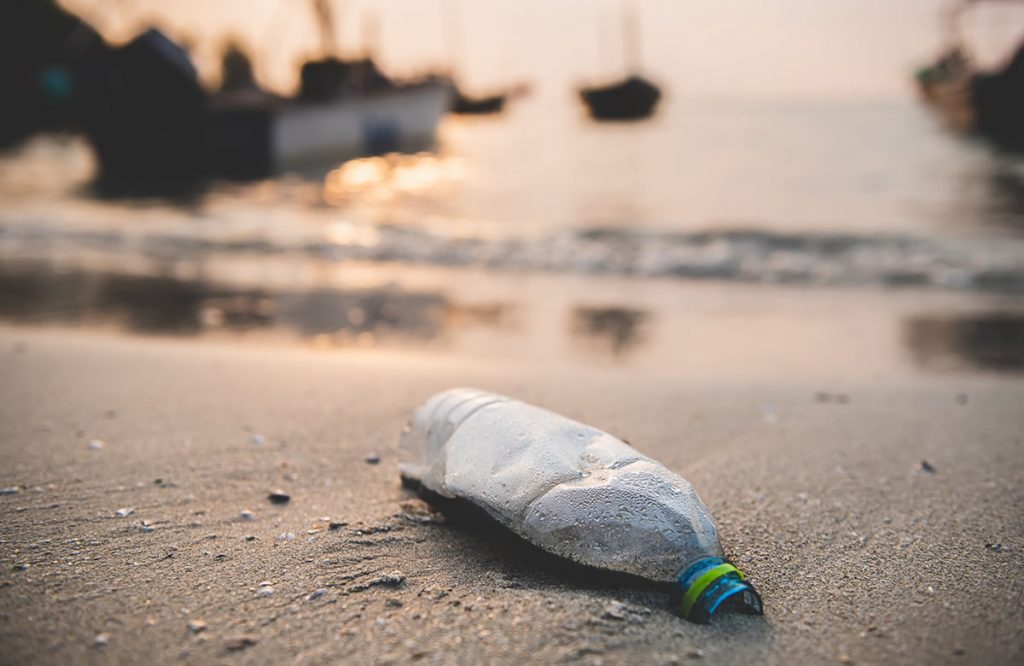 By now you’ve probably heard about the mass amounts of plastic polluting oceans and other waterways. Plastic debris makes its way into oceans from rivers, shorelines, or boats. This plastic debris affects all kinds of ocean life, from sea turtles to ocean birds to sharks to fish and everything in between. Animals get tangled or stuck in discarded nets or bottles, choke on plastic debris, fill their stomachs with plastic they mistake for food, and much more. As these animals die, the ecosystems they play an essential part in begin to die with them.

Besides killing marine animals, plastic pollution also harms the environment by destroying habitats. You may have heard of the ocean garbage patches, huge collections of plastic thousands of miles across containing literal tons of plastic. These areas contain solid plastic debris as well as tiny microplastic beads, kept in place by ocean currents. These areas are uninhabitable and uncrossable by most animals, and they now cover huge swathes of the ocean.

As ocean ecosystems die, the effects don’t stop at the ocean itself. This also creates catastrophes for humanity, including starvation, overheating, widespread land erosion, and more.

Plastic also harms the environment by killing land animals.  Just like their water-dwelling counterparts, land animals haven’t evolved to deal with ocean pollution. They get tangled and choked in many of the same ways as ocean animals. Once again, this creates a ripple effect within ecosystems, which depend on every participant, from plants to bugs to apex predators to thrive. As their numbers decrease, the ecosystem weakens and shrinks.

Though the effects of plastic on plant life are still being studied, early experiments show that plastic negatively affects plant growth. This not only affects the ecosystems around us, which store carbon and provide oxygen, but also affects our own ability to grow food and feed livestock.

Keeping plastic debris contained is a difficult task, especially when dealing with the sheer amount of plastic waste produced daily. Around the world, humans produce 380 million tons of plastic waste annually. That number is hard to even imagine; it’s about 95 tons of plastic spread over every square mile of the United States.

Recycling seems like a solution to this problem. However, 90% of plastic waste is either buried or burned. Deceptive campaigns by plastic producers led consumers to believe that plastic could be effectively recycled, when it isn’t realistic. It’s much more expensive to recycle plastic, the options for using recycled plastic are slim, and it can’t be reused more than once or twice. The best option is simply not to use plastic that will end up as trash.

With no place to store plastics, much of the world also incinerates plastic waste or attempts to recycle it. Both of these activities produce toxic chemicals into the air, which is harmful to both humans and the environment.

Microplastics are now found just about everywhere. These small particles pollute waterways, soil, plants, animals and humans. The effects of microplastics are being newly studied. Microplastics have been shown to affect soil quality, the microbes that live in it, and the tiny insects responsible for decomposition. Microplastics also affect larger animals in many ways, from damaging their DNA, stunting their growth, damaging reproductive organs and more.

The additives coating plastics, such as flame retardants and chemical stabilizers, also leach away as microplastics break down. The full effects of microplastics likely will not be well understood for years to come.

Don’t miss out on the latest Twice the Ice news, health and wellness tips, and sustainability and eco-related resources.

Your first bag of ice is on us!

Download the ICE2U App and get your first bag free.

Plus, get one free bag for every 10 bags purchased.